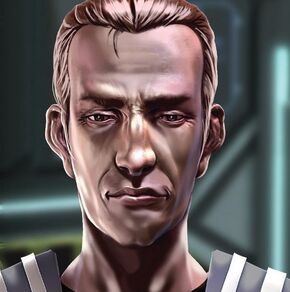 Wallace Canning was a Havenite citizen and diplomat.

In 1900 PD, Canning was the People's Republic of Haven's consul on the planet Medusa, an officially neutral world in the Manticoran-controlled Basilisk System. He was also part of Operation Odysseus, and when a Medusan uprising, planned for and supported by Havenite agents, went out of control and began moving toward off-planet enclaves, Canning ordered the PMSS Sirius to leave orbit to abort the supposedly coincidental appearance on the scene of a Republic of Haven Navy task force at Medusa. (HH1)

On returning to Haven after Operation Odysseus' failure, he fell out of favor with the Legislaturalists, and was compelled to become a Dolist and live in public housing. He found a cause in the coup Rob S. Pierre was planning, and played a central role in the scheme. After it succeeded, he returned to the corridors of power.[1] (HH3)

Retrieved from "https://honorverse.fandom.com/wiki/Wallace_Canning?oldid=83172"
Community content is available under CC-BY-SA unless otherwise noted.