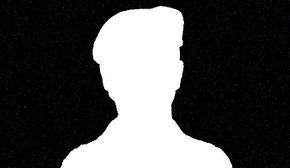 Naomi Kaplan was a Manticoran citizen and an officer of the Royal Manticoran Navy.

Kaplan was a petite, fine-boned blonde with an improbably dark complexion.[1] She was 153 centimeters tall, with light, almost platinum blonde hair. Her eyes were dark and she had a natural aggressiveness about her. (SI1, SI2)

In 1920 PD, Kaplan held the rank of Lieutenant Commander and served as the Tactical Officer of the newly commissioned heavy cruiser HMS Hexapuma. As such, she took part in the ship's mission in the Talbott Cluster, helping to stabilize the region in the days leading to its annexation into the Star Empire of Manticore. (SI1)

She was severely wounded during the Battle of Monica and was sent back to Manticore for treatment. During her recovery and the creation of the Tenth Fleet, she was promoted to Commander and given command of the brand-new Roland-class destroyer HMS Tristram. She was once again dispatched to Talbott. (SI2)

Kaplan was not afraid of suffering the consequences of her words and actions, but she had a "moral fear" of their consequences for others, like the people under her command. (SI1)

Retrieved from "https://honorverse.fandom.com/wiki/Naomi_Kaplan?oldid=82052"
Community content is available under CC-BY-SA unless otherwise noted.