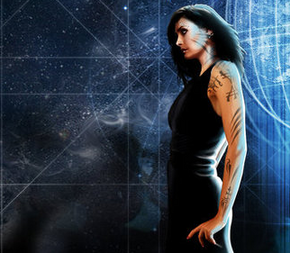 She was a cadet member of the Board of Directors of the Jessyk Combine in 1920 PD. She gave the order to have Elaine Descroix eliminated by black ops agents from Mesa. (SI1, HH11)

Albrecht Detweiler considered her the best covert operations specialist the Mesan Alignment had produced in over a hundred years, and was glad the Bardasano line had not been culled as originally planned. Bardasano supported making Aldona Anisimovna a full member of the Alignment. (SI1)

Amandine Corvisart declared that the Star Kingdom of Manticore would seek extradition on accusations of murder, terrorism, and illegal weapons trafficking. However, this was a public relations manuever as Mesa would never agree to extradition. (SI1)

She was killed in 1921 PD during Jack McBryde's attempt to defect and the resulting violent destruction of the Gamma Center. (CS2)

Retrieved from "https://honorverse.fandom.com/wiki/Isabel_Bardasano?oldid=73246"
Community content is available under CC-BY-SA unless otherwise noted.