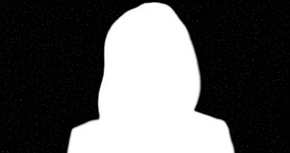 Lady Elaine Descroix was a Manticoran peer of the realm and a prominent leader of the Progressive Party.

She was described as an "armor-plated pseudocroc". She had an amoral streak, and tended to view other people with amused contempt. (HH10)

She was married to Sir John Descroix, and never remarried after he died. (HH10)

Having a strong voice in the Progressive Party, then in Opposition, she agreed to abstain from the vote to recall Honor Harrington to active service, it being opposed by other members of the Opposition, in particular the Conservative Association. (HH4, HH6) After the Duke of Cromarty's assassination, she was among those who formed the High Ridge government, being willing to cooperate with other members of the proposed new government in infuriating and alienating Queen Elizabeth III, leading to hostility at the highest levels for the length of that goverment's service. She held the post of Foreign Minister in the High Ridge cabinet.

When High Ridge resigned, she put together 20 million Manticoran dollars, and departed on a tourist excursion to Beowulf; it was later assumed that she did not plan to return. The money was transferred into an account which put it essentially out of the reach of the Manticoran government in the Stotterman System. It was widely believed that at least some of the money may have been obtained by illegal means as part of High Ridge government's corruption. She was not heard of again. (HH10) ("House of Steel")

While a member of the High Ridge government, she served as a source of information for the Mesan Alignment, and accepted suggestions, though not direction, from it. She was murdered by order of Isabel Bardasano after leaving Manticore. (HH11)

Retrieved from "https://honorverse.fandom.com/wiki/Elaine_Descroix?oldid=77025"
Community content is available under CC-BY-SA unless otherwise noted.