Edit
watch 01:25
Jurassic World: Dominion Dominates Fandom Wikis - The Loop
Do you like this video?
Play Sound
Berry I Zilwicki 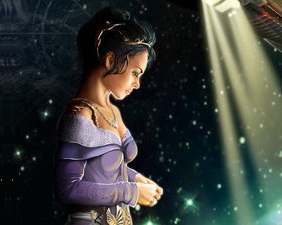 Full Name
Berry I of the House of Zilwicki
Gender

Berry I Zilwicki, Queen of Torch, was a citizen of Earth and then the Star Kingdom of Manticore, before she became the first monarch of the newly founded Kingdom of Torch in 1919 PD.

Berry was slender and a little below average height, with green eyes, long, straight dark brown hair, and a pale complexion. (CS1, CS2)

Berry was the natural sibling of Larens Zilwicki, as well as the adoptive daughter of Anton Zilwicki and Catherine Montaigne and adoptive sister of Helen Zilwicki. (CS1)

Berry was born in the slums of Chicago on Earth in late 1901 PD. She and her younger brother Larens somehow managed to survive as orphans and around 1914 PD were captured by a group of lurkers, who beat them and repeatedly gang-raped Berry. A while later, the children were found by then fourteen-year-old Helen Zilwicki, who took them both with her after a kidnap attempt on her had been foiled by Havenite agent Victor Cachat. (HHA3.3: FtH)

Helen's father, Anton Zilwicki, adopted Berry and Larens. They grew up on Manticore with Catherine Montaigne, Zilwicki's girlfriend, as their de facto adoptive mother. When the opportunity to represent the Star Kingdom at the Stein funeral on Erewhon arose (through failure of the High Ridge Government to bother) the Queen decided to send her niece Princess Ruth who had decided on a career in intelligence. To accompany her, the Queen selected Anton Zilwicki (late of ONI, and a superb intelligence analyst) and his daughter Berry, and further considered a nanite transformation between Berry and Princess Ruth who were of similar ages and sizes at the time. They all traveled to Erewhon aboard a frigate built for the Audubon Ballroom by the Hauptmann cartel at the suggestion of Anton Zilwicki and Catherine Montaigne, accompanied by W.E.B. Du Havel and Princess Ruth's protective detail. Because of a Masadan-Mesan plot on Erewhon, she and Princess Ruth became involved with Victor Cachat and Lieutenant Thandi Palane, whom she came to regard as another older sister in the process of a scheme to free the planet Verdant Vista (usually called Congo) near Erewhon from its then owner, Manpower Incorporated.

When the Kingdom of Torch, a new star nation of former genetic slaves, was founded, Berry agreed to become its Queen, with Du Havel as the first Prime Minister, Jeremy X as Minister of War, and Thandi Palane as the Commander of Torch's Armed Forces. On that day, she became Queen Berry I of the House of Zilwicki. (CS1)

In 1921 PD, she and the leadership of Torch were the object of an assassination attempt using a binary nerve gas. The attempt was quite reminiscent of several other assassinations (or attempts) in recent years, ranging from the Andermani Royal Family, to James Webster, the Manticoran ambassador on Earth, and RMN Admiral Honor Harrington. Torch security took many causalities during the attempt, including Lara and the only bonded treecat living on Torch, so when a Beowulf Biological Survey Corps vessel called on Torch in furtherance of a proposed use of the defunct Parmley Station, its commander, an ex-slave named Hugh Arai, came to play a considerable role in Torch Royal security. In the process, a relationship between Queen Berry and the Beowulfan officer began.

The young queen finally agreed on the formation of a professional Royal guard, which she insisted be named Lara's Own Regiment. (SI2, CS2)

In June 1922 PD, she made a state visit to Manticore to attend the royal wedding of Crown Prince Roger Winton and Rivka Rosenfeld. (HH13)

Berry was known for being able to inspire near-immediate trust and fondness in most people she interacted with. This trait contributed in no small way to the Kingdom of Torch's rapid establishment.

Even before agreeing to consider the possibility of becoming Queen of Torch, Berry insisted that she would have no bodyguards, that the whole proposal be placed before the citizens of Torch for a vote, and that she would have a truly informal Royal protocol. During the pre-voting period it became known that she had insisted on being referred to as Your Mousety, though she was willing to settle on Your Incisorship (a mouse having been selected as a royal symbol for a nation of ex-slaves). (CS1)

She also refused to use the Royal "We" and managed to make it stick as no one else could even try to push the issue. After becoming a monarch, Berry remained disinclined to follow any conventional Royal protocol; she especially disliked being addressed as "Your Majesty" in private.[1] (CS2)